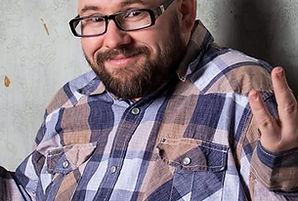 Dan Bublitz Jr is an American comedian/actor known for his one-man show, "It Was Supposed to Be A Love Story" by Lights Out Productions.

He recently filmed his first comedy special for VidAngel's Dry Bar Comedy. Dan has also appeared in several films & commercials even appearing on "Comedy Time TV". Dan has performed at several comedy festivals including the World Series of Comedy & Gilda's Laughfest. Dan’s comedy can be described as upbeat and positive storytelling sprinkled with silly one-liners.

Dan will be performing with special guest Tom Chillstrom.